Jonathan Edwards has been here since 2006, that was when he made his short film. In 2009, he made an independent film Prayanikudu (A crime drama) with Canon 70. He calls it a long journey just like the title of the film. It was an independent production done by him and his friends. It was going on for three years and had a financial issue and since it wasn’t a regular commercial film, getting support was difficult. It was about a person’s journey from his village to the city and how people grab his rights and he falls into a web of crime in a span of ten years. “We completed it and are now trying to sell it to a streaming platform,” says the Nellor born graphic designer to Klapboardpost.com. He came to Hyderabad specifically to make films. In 2006, there were hardly any people who made short films. He made one and showed it to director Sukumar for inputs. Now after 14 years, he now gets to make his debut with Amaram Akhilam Prema. 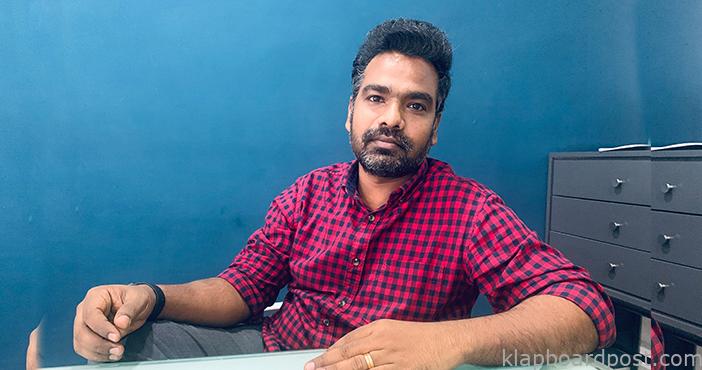 He further says, “I showed the film Prayanikudu to Nagarjuna and he saw and gave me valuable feedback. It changed my thought process. I changed completely as a filmmaker from selection of stories and executing it. Until then I was influenced by foreign films like Godfather etc. After 2014, it was a transformation for me in thinking and looking at cinema, how to blend art and commercial ingredients. I never regretted that I was wasting my time, I knew my day would come and people would recognise me. In 2016, Sukumar summoned me and chose me as a director for a simple story. I had an idea about love, it has many attributes and it is beyond physicality and not about achieving someone. Sukumar changed a few things in the second half; it is the same film that is releasing now. What is true love? It isn’t about achieving but giving, preminchatam antey preminchutoo vundatam.”

About the story, the girl makes a mistake, her father is upset and they live separately. At this time a guy meets her and makes her realise what true love is. Around the same time, the father too realises his mistake. It is a mistake that a father cannot forgive but in true love you always forgive, make peace. The plots are interconnected. In the trailer that released recently, we notice as a school girl, she is handed over a love letter by her school mate and he asks her for her reply. She says I need to show it to my father first and revert. That scene tells us the intensity of the father daughter relationship. Jonathan shot the film in 47 days, he learnt filmmaking by watching films and never assisted anyone. “I have a pure interest in narrating stories and began making films. I like Radan’s music, especially after seeing Andala Rakshasi, I wanted my music to sound like that and Rasool Ellore, I roped him in because he had knowledge not just in cinematography but something beyond it. Vijay is picked by Sukumar, he auditioned. He did some short films and a course in Annapurna Film School. Shiva Shakti also has been auditioned from Mumbai. Both are brilliant actors. Aravind liked it so much and he showed it to Nagarjuna. I also directed an Israeli show in Telugu titled Baker And The Beauty for Annapurna Film School,” he signs off.