K Chandrasekhar Rao, the Chief Minister of Telangana, had decided to dissolve the state assembly and call for early elections. As it is marked to all, KCR held a cabinet meeting in the morning on September 6, 2018, before meeting Governor E.S.L. Narasimhan to inform him of the decision of dissolution of Telangana state assembly. A statement to this effect was issued thereafter. However, based on the state governor ESL Narasimhan’s request, KCR along with his cabinet will continue as the caretaker government till the next elections. 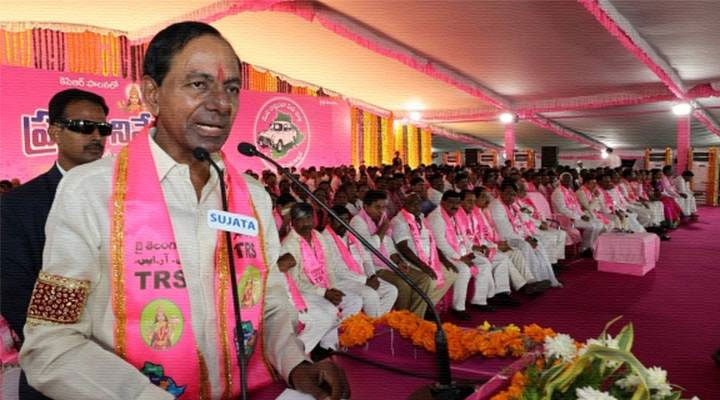 This move made by KCR has given strength to my credence that KCR is a dab hand leader of management. Sometime before, I tried to institute my point of view with a comprehensive justification. Nevertheless, in this milieu of his recent move of dissolving the state assembly and making a move to go for early elections, I would like to once again call him the dab hand leader of management, for which my reasoning is appended below.

The conventional belief is that — a leader is poles apart from a manager and a manager is poles apart from a leader. Have anyone of you ever thought if the two can go hand in hand in a person? Hardly ever, but it is not an incongruity. The Chief Minister of Telangana, KCR, is a good example for the same, in my estimation. In order to justify my argument that KCR is an unsurpassable leader with managerial qualities, I would like to provide the following working definitions of a manager and a leader in the opening. 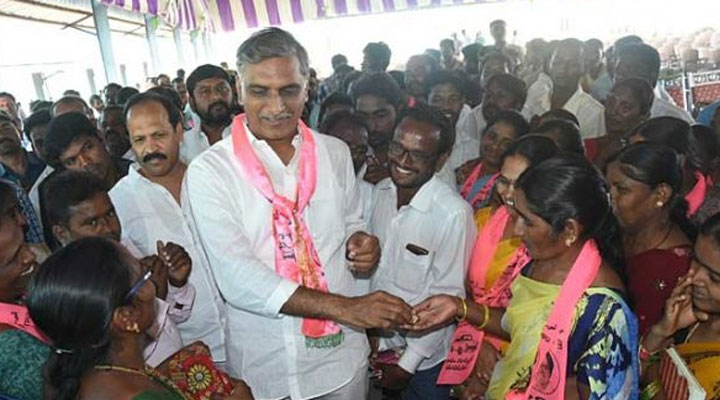 In general, a person accountable for monitoring or governing an organization or group of staff is called a manager. Such a person is given that status upon getting recognized in terms of his/her skill in managing resources of various kinds. From the other end, a leader is a person who influences a group of people towards the realization of an aspiration. Person, People, and Purpose, the so-called 3P’s of leadership is a mnemonic for this definition of a leader.

A leader in the framework of Person: It should be very clearly understood whether a person becomes a leader because of his ability to lead the people or leadership is a position of office or authority. It is a general observation that most of the times we know about the people who are in positions of leadership but who are not endowing with leadership. So, it is understood that a position of office is no guarantee of leadership but it helps in the sense that a leadership position usually commands a listening ear from its people and that is a good starting point for anyone who desires to be a leader. 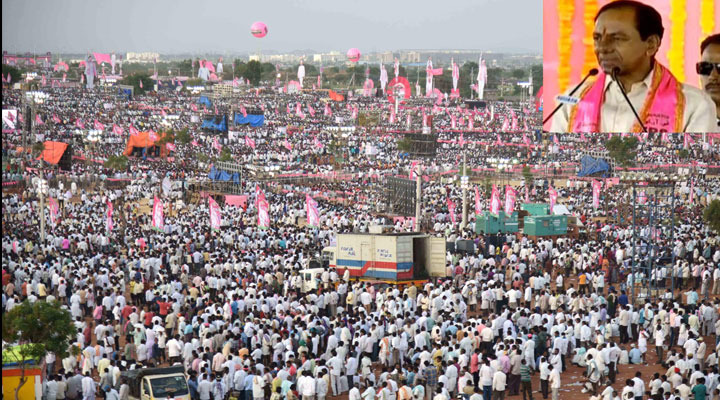 A leader by its meaning is one who goes first and leads by example so that others are motivated to follow him. This is a basic prerequisite. To be a leader, a person must have an innate commitment to the goal that he will strive to achieve it even if nobody follows him!

Now, going back to my justification of KCR as a leader, I would like to cite the example of the second phase of Telangana movement which began soon after he launched his new political party Telangana Rashtra Samithi in April 2001. When he launched his party, there were only a few followers.  Nevertheless, he had certainly a deep-rooted commitment. Else, who could have led a movement for almost 13 years to ensure the realization of Telangana, without having a strong commitment and a never give up attitude.

In the milieu of our discussion, so many times the opposition parties have in the recent past have challenged him that they would win over the TRS party, even if the elections were imminent. However, KCR, a leader in the framework of a person has proven his strength through the gigantic Pragathi Nivedana Sabha, just before announcing the dissolution of the state assembly. Thus, KCR stroke while the iron is hot, by making an announcement of the dissolution of the assembly, apart from his decision of going for early elections. 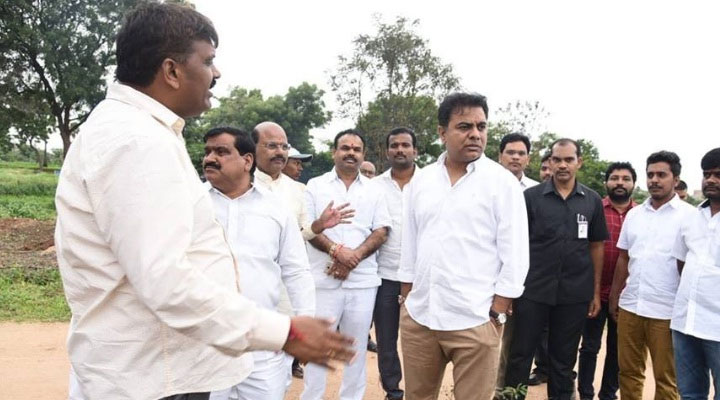 A leader in the framework of Purpose: A requirement for leadership is personal vision – the ability to visualize one’s goal as an accomplished fact; a thing already achieved. KCR obviously had a vision of him becoming second time Chief Minister of Telangana as a consummated fact. The same is evident through his speech delivered at Pragathi Nivedana Sabha. He talked about many things, which have been yielding results after he took over the reins of the Chief Minister of Telangana. He had even established the prominence of him becoming the second time Chief Minister of Telangana, through his speech delivered at Pragathi Nivedana Sabha as well as in the media session held on September 6, 2018, to announce his decision of the dissolution of the state assembly.

A leader in the framework of People: To be a leader, one must have followers. To have followers, one must have their trust. One may accept it or not that if one person has to be named that has led the second phase of Telangana movement, without doubt, most of the people would take the name of KCR.

Now, coming back to my argument of KCR as a first-rate manager, I would like to recite the definition of a manager that I have considered for my justification – a person responsible for controlling or administering an organization or group of staff is called a manager. 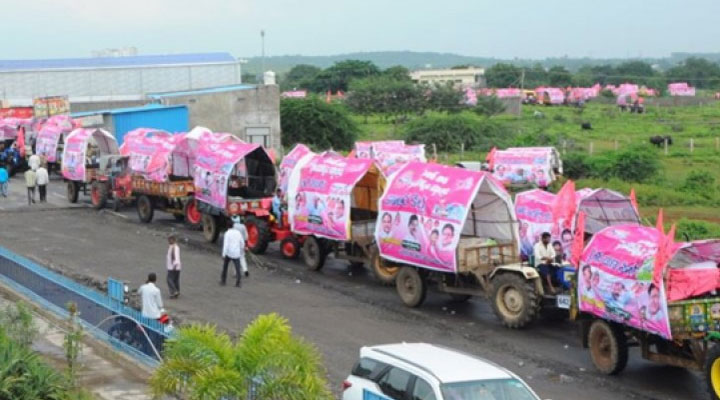 KCR has indubitably considered the seniority and talent for allocating the ministries, apart from considering various other issues like social class, community, religion etc., which otherwise all politicians are bound to consider. If someone is asked about the important ministries after the Chief Minister’s post in any government, unhesitatingly every single one will answer the Home Ministry and Finance Ministry. KCR has kept aside Harish Rao and Tarakarama Rao, and the said posts were given to Nayani Narasimha Rao and Eetela Rajendar. With this strategic move, he had satisfied the seniors and gave them an impression that their services have been recognized. From the other end, he elevated Kadiyam Srihari and Mahamood Ali as the Deputy Chief Ministers of the state. By this calculated move, KCR not only tried to wipe out the stigma of his failed promise of making a Dalit the first Chief Minister of Telangana but also – partially if not fully – fulfilled his promise of getting equal justice to the minorities and Dalits.

After Telangana emerging as a new state, TRS Party was given a clear mandate by the people and elected them to power for two reasons, mainly – to solve the irrigation problems; and to generate employment. These two sectors are very important. KCR, being a futurist has given such crucial portfolios to Harish Rao, a good debater and equally far-sighted and popular leader of TRS like KCR; and KTR, an immaculate orator with intended qualities to confer with the delegates of the foreign nationals those who show interest in investments. Definitely, it was a solicitous exchange of KCR — taken after so much of accepted wisdom. 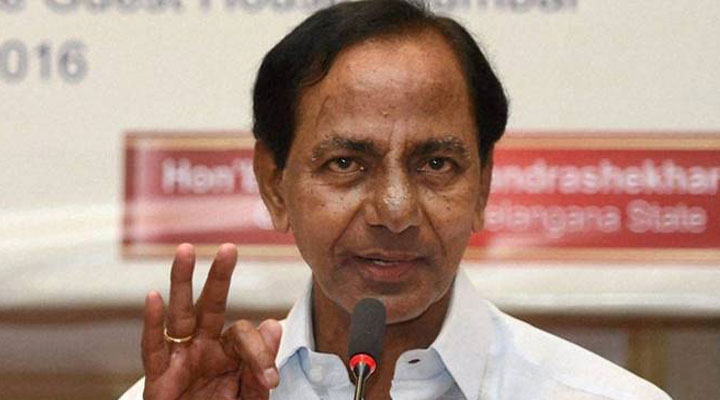 All these factors have collectively proven KCR as a good manager. In a nutshell, he has positioned a right person for the right task, after succeeding as the leader in all three milieus of person, purpose, and people that are essential for a true leader.

In the present setting, KCR, as a leader in the framework of people, has given the immune to the masses that his government has delivered all those promises made in their election manifesto, and beyond. Thus, through the success of his Pragathi Nivedana Sabha, he has once again ascertained himself of his popularity.

Having considered the pros and cons of going for early polls, in all probabilities, KCR has taken a calculated but intrepid stair. Isn’t this a challenge to all the opposition parties, who so far have been chucking challenges about their readiness to anytime elections? In closing moments, I would forthrightly state that KCR is a dab hand leader with immense managerial qualities!