Andhra Pradesh chief minister YS Jagan Mohan Reddy met his counterpart Telanagan CM K. Chandrsekhar Rao at Pragati Bhavan. Incidentally, this is the fourth time Jagan met KCR after coming into power since last June.  Though the agends is not out, but it is learnt that the CMs would  discuss various issues including the latest political developments at the national level in the wake of the nation-wide protests over Citizenship (Amendment) Act. 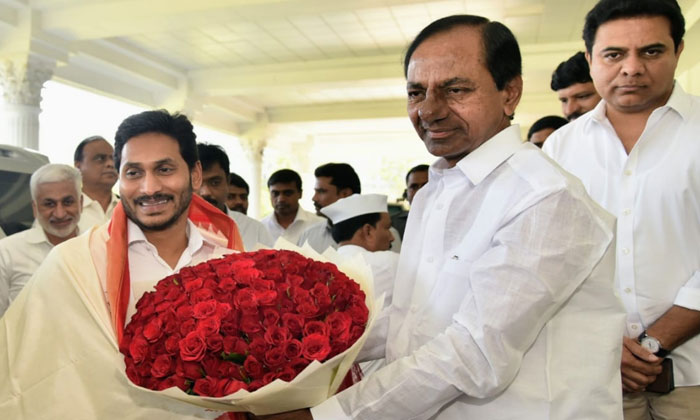 The two Chief Ministers are likely to discuss CAA and related issues to take a stand in view of nation-wide protests. Rao”s Telangana Rashtra Samithi (TRS) had voted against the Bill in Parliament while YSR Congress Party (YSRCP) led by Jagan Mohan Reddy had supported it. They are also likely to disuss a joint strategy over NPR in view of the demands from various sections, especially Muslims to halt the work on NPR as they believe it to be the first step for NRC. The work on NPR is scheduled from April 1.

Telangana Chief Minister is under pressure from its ally All India Majlis-e-Ittehadul Muslimeen (AIMIM) and other Muslim groups to stay NPR as done by Kerala and West Bengal. Rao has come under criticism for his silence over the NRC and NPR. Jagan Mohan Reddy, who was criticised for backing Citizenship Bill in Parliament, last month made it clear that he will not support NRC or any other move by the Centre which discriminates against the minorities.

Telangana SSC exams to be held from June 8?