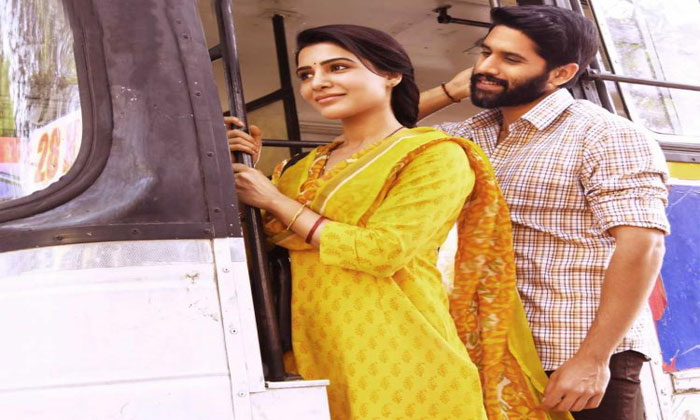 Shiva Nirvana’s Majili has hit the screens today, April 5th. Starring Samantha Akkineni, Naga Chaitanya and debutante Divyansha Kaushik the film has opened to good response. Chay essays the role of an alcoholic cricketer, who is married to Shravani, played by Samantha, but is still in love with his former girlfriend Divyansha. The film also has Subba Raju, Posani Krishna Murali and Ramesh Rao in vital roles.

The teaser and trailer opened to humungous responses. Considering that Shiva Nirvana debut film Ninnu Kori was a huge hit and made the filmmaker establishes a name for himself. With Majili expectations are high, adding this the first film Sam and Chay have teamed up together thier marriage. Meanwhile, we bring to you the first word of Majili twitter response:

#majili a perfect blend of emotions with a satisfying climax!! @Samanthaprabhu2 and @chay_akkineni looked stunning as usual and their performance is flawless 😍
A totally refreshing storyline makes majili a must watch😀#majili #sivanirvana

Some stories just drop from heaven. #Majili is one of them. 😍 pic.twitter.com/0ZUfnkQfVp

Just watched the emotional ride of Majili..arguably NC's best performance till date supported by super acting from Sam..BGM by Thaman is top notch..go enjoy the beautiful film.. Blockbuster written all over it.. #Majili@chay_akkineni @Samanthaprabhu2 @MusicThaman

@chay_akkineni @Samanthaprabhu2 Left with a most beautiful feeling after watching #Majili. Thanks for the wonderful experience and dedicated acting. @chay_akkineni most matured performance, to be frank I have seen a common man in you. Hats off.

#Majili is a well made movie with some great lines, nice moments and right emotion… especially the climax !!… Shiva Niravana yet again treated heartbreak in his own beautiful way. Some great performances and nice music too. Go for it…