Home English Latest Master’s distributor gives a counter to Krack’s distributor
Facebook
Twitter
WhatsApp
Pinterest
Linkedin
Telegram
From the past few days, Krack’s Nizam distributor Warangal Sreenu is lashing out on Dil Raju saying that the latter is affecting the business of Krack by removing it from the theatres. Now, Mahesh S Koneru, the producer and distributor of another new film Master, responded to this issue. 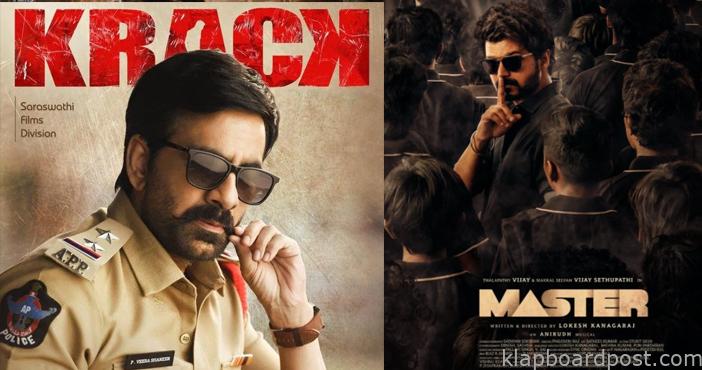 Mahesh said that he released Master in around 150 theatres on the first day of its release. From the second day, they lost almost 70 theatres to accommodate release for the two other new films. Mahesh says that it is not correct to blame someone for the reduction of theatres. He stated that many films hit the screens during the festive season and all those films need to get enough theatres. He added that the screens will be shared as every film should do well and all the people involved in those projects should get good profits during the festive season. With his diplomatic statement, Mahesh gave an indirect counter to Sreenu.
CLICK HERE!! For the aha Latest Updates

Angry Poonam wants to kills them