Oh Baby first day collections: Samantha Akkineni’s Oh Baby has opened to a phenomenal response to the first day of its release, July 5th. Nandini Reddy’s Oh Baby is the remake of South Korean film, Miss Granny By Shin Dong ik, Hong Yun-Jeong and Dong Hee-seon. Nandini has adapted the films to suit the nativity of the Telugu audience and tried to put forth the changes in the screenplay which are so visible. 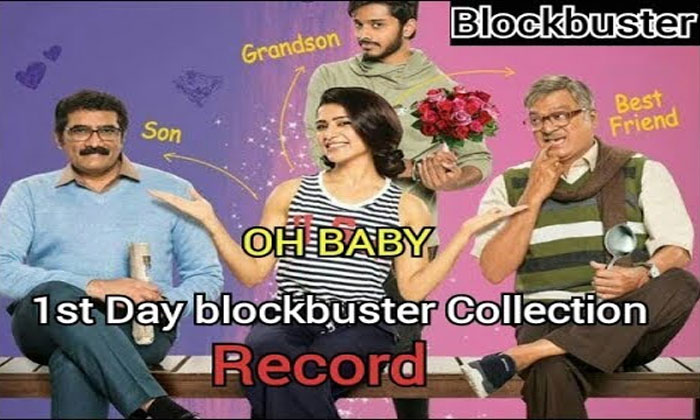 Meanwhile, Oh Baby first day collections are said to have got a good opening of approximately Rs 3 crores. But the official figures could only be known once they are officially announced. Apart from Samantha, it features Lakshmi, Naha Shaurya and Rajendra Prasad in key roles. The film’s music is rendered by Mickey J Meyer and has been awarded a clean U certificate by the Censor Board with a run time of 161 minutes.