Who wouldn’t want to watch a comic caper and escape worldly blues for a couple of hours? A viewer has acknowledged the importance of entertainment and escapism in their lives, more than ever before, during this pandemic. Sadly, most Telugu digital releases in the last few months haven’t satiated their appetite enough. The void continues with Orey Bujjiga too, proving to be a disappointment. Billed as a romantic entertainer, the film is another confusion comedy on the lines of the filmmaker Vijay Kumar Konda’s first film Gunde Jaari Gallanthayyinde.

The premise is a juvenile mix of a subplot from Jab We Met and the tropes that worked for the director in his dream debut. Srinivas (Raj Tarun) runs away from his home to escape a marriage proposal suggested by his father to confess his love to a long-time acquaintance Srujana. Krishnaveni (Malvika Nair), uninterested to marry her good-for-nothing cousin, packs her bag and leaves for Hyderabad. Both Srinivas and Krishnaveni have no connection but hail from the same village, and a villager upon noticing them in the railway station mistakes them to be a couple.  How does the rumour spread to the parents and what confusion does it result in?

Orey Bujjiga does a poor hotchpotch job of a storyline that holds promise and loses its grip in the very first hour. There are sweeping generalisations made about women – an urban girl is portrayed as one who changes boyfriends for her mobile recharges, hotel bills and other financial needs. Lines like ‘Meeku relationships lo unnantha varaku, boyfriend Lux soap lantodu, vollantha rasesukuntaru. Breakup aina tharuvatha Dettol lantodani chethulu kadagdaniki mathrame vadatharu’ reek of regression.

The heroine’s mother, played by Vani Vishwanath, is another poor cousin of the role played by Nadhiya in A..Aa and Attarintiki Daaredi. The name Chamundeswari says enough about the thought the writer has put into her character – she’s vampish, autocratic, domineering, shouts punch dialogues but has a heart of gold. Naresh, also repeating his role from A..Aa, essays a submissive husband without any voice. The disinterest in his portrayal does show. The protagonist Krishnaveni wants to be an app developer, but loses track of her ambition in the middle of a muddled romance. Beyond her love interest, there’s no identity to her. It’s the 21st century and still, Telugu cinema can’t get its portrayal of an independent woman right. 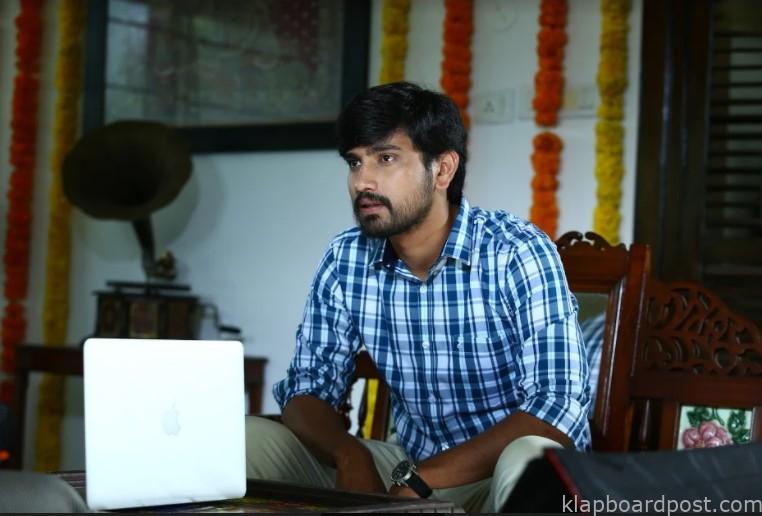 What’s more disappointing is the flurry of poor choices by its talented lead protagonist Raj Tarun. The promising find from Uyyala Jampala has time and again repeated himself in film after film, be it his comic timing or body language or expressions. Orey Bujjiga does little to change that impression and Raj Tarun really needs to rediscover himself, if he’s to last long. Not a single character has been fleshed out convincingly. Saptagiri, Satyam Rajesh, Madhu Nandan only succeed in amplifying the cacophony. Hebah Patel has nothing to offer in her brief appearance.

Malvika Nair seems the only saving grace in her attempt to get the exaggeration right. She is stuck in a clueless mess, hurries through her lines at times but knows the pitch of her role well. The visuals in the film feel restrictive and repetitive. Anup Rubens’ music is totally uninspiring and contributes to the mediocrity. Many dialogues even feel like Whatsapp forwards. At 150 minutes, the film is long by an hour at least. Orey Bujjiga redefines the idea of slapstick humour – it’s like slapping your head with a stick for two hours.