Shivalinga has been waiting for its release from a very long time. It has finally managed to find a space in Telugu releases yesterday.

The story is quite simple. Lawrence is a cop who is after a mysterious murder case. Things go wrong for him as his wife played by Ritika Singh gets possessed by an evil spirit. Rest of the story is as to how Larence solves his tensions at home and murder mystery.

Once again, Lawrence does his best to hold the screen with his comedy, dances and serious performance in the second half. But the one who walks away with the cake is Ritika Singh who has done a great job as the one who is possessed. She and her track with Lawrence has been handled well. Comedian Vadivelu brings the house down with his comedy punches.

Director P Vasu does not change the script much from the original and places his bet on the screenplay. The first half is very dull as the actual action kick starts during the interval time. But from there the action pick up well and the film has enough suspense.

Thaman saves the film with his good back ground score. The climax is also handled quite well. The murder mystery added with horror elements works well for the makers and makes this film an okay watch. 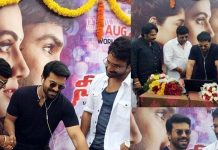 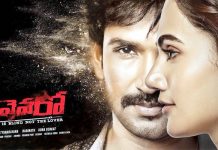 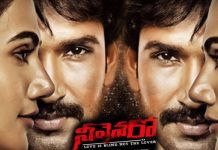 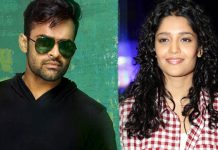