Home English Latest Sonu Sood surprises a fan in Hyderabad
Facebook
Twitter
WhatsApp
Pinterest
Linkedin
Telegram
Sonu Sood might be a villain in the reel-life but definitely is a hero in the real-life. His services to the migrant workers and various affected people during the lockdown cannot be forgotten easily. Many people who were benefitted by Sonu are trying to pay back to the actor in some way. A street eatery was recently named after Sonu in Begumpet area of Hyderabad. 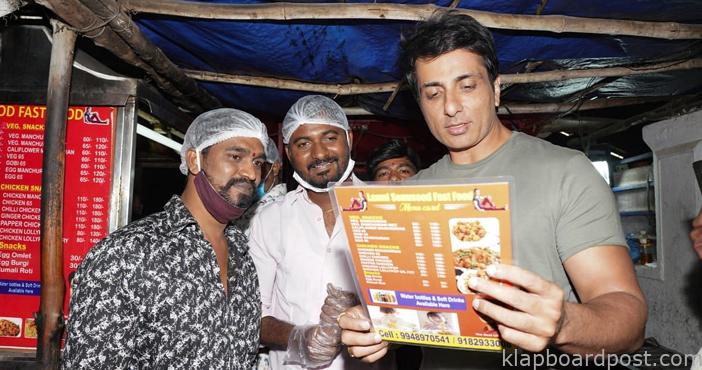 The actor paid a surprise visit to this store the other day and made his fans happy. On the eve of Christmas, Sonu became a secret Santa and visited this eatery. The owner of the food store was elated by Sonu’s presence. The local people tried to click selfies with the actor and also felicitated him. Sonu also cooked some recipes and had a quick snack at the store. The pictures are now going viral on social media. The netizens are appreciating Sonu for his noble gesture. On the work front, Sonu is currently shooting for two Telugu films, Acharya and Alludu Adhurs.
CLICK HERE!! For the aha Latest Updates

Bahut Hua Samman on the watch list of Disney+Hotstar