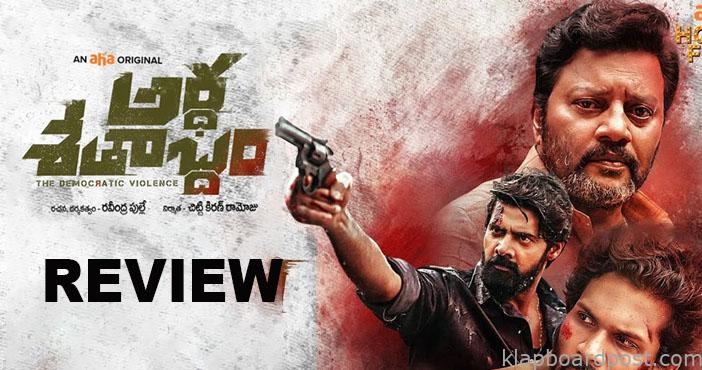 Ardha Shathabdham is a film that has been promoted a lot in the last few days. The film is out on AHA and, read our review to find out if the film has any juice in it or not.

Krisha(Karthik Rathnam) is a village boy who is in neck-deep love with an upper-class girl called Pushpa(Krishna Priya). He wastes so many years just going behind her and Puspa does not even care about him. He makes a plan to propose to her and falters big time. This leads to crazy issues in the village which go out of hand and land Krishna in big trouble. What are those and how he managed it is the basic them of Ardha Shathabdham.

Karthik Gautam is good as the local village boy and does well in his role. But he did not get to showcase much in the film and has only one expression in the entire first half. Krishna Priya, the heroine is okay and has nothing much to do but look good as the village girl. Subhaleka Sudhakar’s role is good but he preaches a lot which is of no use. Naveen Chandra is amazing as the cop and we wished his role was a bit lengthy as well.

The film is based on the caste system and how people who say big about it still use it as a weapon. The film also has the same theme which is showcased through the love story. One cannot call it a love story as it is only one-sided.

The complications that arose because of this is shown only during break time. Until that time, you have to bear the nonsense love story that is rushed on you. Once the second half starts things start making sense but that too is short-lived as the film has no sense and what all is shown in the wake of the caste system is forced and has no meaning at all.

There is a valid point in the film but that is brought out well and this is where Ardha Shathabdham fails. In a nutshell, it is boring and outdated films trying hard to be dramatic. Just leave it aside.

Bottom Line – Silly to the core 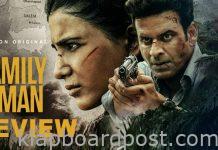 The Family Man 2 Review – A Solid and Well Made Series