‘Permanent Roommates’ is one of the popular web series produced by The Viral Factory. They teamed up with Aha to remake the series in Telugu. Titled ‘CommitMental,’ the series featured Punarnavi Bhupalam and Udbhav Raghunandan in the lead roles. The web series is currently streaming on Aha.

Plot:
Phani (Udbhav Raghunandan) and Anu (Punarnavi Bhupalam) maintain a long-distance relationship. One day, Phani decides to end the long-distance relationship and propose marriage. When Phani proposes the same, Anu falls into a dilemma. She is unable to process the thoughts of marriage and living together permanently. The rest of the story is all about the couple figuring out things about getting married. 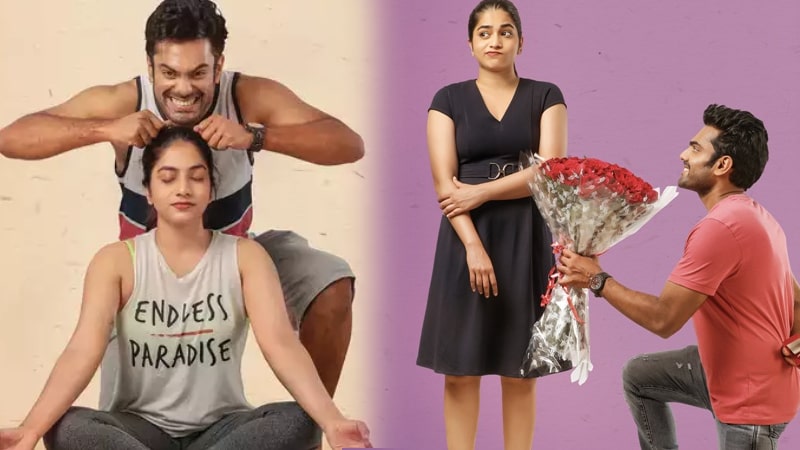 Actors & Performances:
Punarnavi Bhupalam and Udbhav Raghunandan played the lead roles in this web series. Individually, both the actors have given their best to the lead characters. Combinedly, they failed to leave a positive impression with their performances. Udbhav is perfect as an NRI, but Punarnavi is not completely fine as a stubborn girl. The chemistry between the two actors also looked forced. Punarnavi failed to perform well in the emotional scenes. She is either loud or too dull. In terms of the look and styling, both actors represent the youth of current times. Performance-wise, there is an emotional connection missing between the leads. The story mainly runs on these two actors, and the rest of the cast just supports them. All the other actors are okay.

Analysis:
CommitMental is the official remake of TVF original show Permanent Roommates. Kaushik was supposed to direct the series, but later, Pavan Sadineni stepped in to complete the series. The series reflects the living style of urban youth. The story of the series is straightforward, and in fact, the conflict is the main plot. The writing needs to be very sharp for a story like this. Stories like this would easily find a connection with the viewers. The scenes should also be written engagingly. The more it looks far from reality, the more is the chance for the viewers to get distracted from the series.

There are five episodes in this first season. The original series has become a very big hit in Hindi. The performances from the leads is a big plus point for the series. For the Telugu remake, the performances are not up to the mark. Engaging the urban crowd is challenging, but for someone like Pavan Sadineni, who debuted with an urban rom-com Prema Ishq Kaadal, it is not a tough task. The series narrative structure is also dull. The episodes are ended in an uninteresting manner. There is no driving factor to catch up on the next episode.

The problem lied in the execution. There is something special missing in the series. There is everything but the proper emotion. Some of the scenes are written and executed well in the series. When there is an excellent scene, the immediate scene ruins the impact of the former. With many such scenes, there is no proper momentum. The conversations n the series looks artificial. We never get the impression that it is actually happening. It all feels staged. The feel is missing in many conversations of the series.

The best part of the series is the camera work, dialogues, and production design. Overall, the series lacks beauty that requires catching the attention of youth who can easily find a connection with them.