The Slow Motion song from Bharat is garnering all the right attention, thanks to Disha Patani moves apart from the foot-tapping number. Apart from Disha’s sensuous moves, her saree also generated the right buzz. While many thought that, the yellow saree may have been inspired by Raveena Tandon’s hit song, Tip Tip Barsa Paani. However, the truth is ore than what meets the eye. 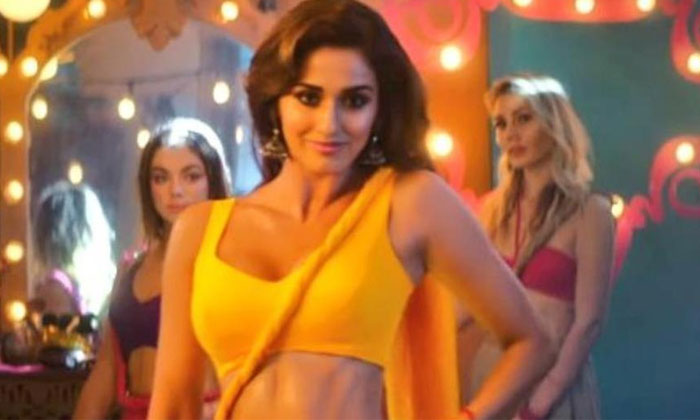 The designer, Ashley Rebello, has revealed that it was inspired by Helen, apart from other 60s heroines. “We borrowed a lot from these songs (O Haseena Zulfonwali and Mera Naam Chin Chin Chu), from the tassles to the hairstyles. Ali was very clear her look should be sensuous and classy rather than overtly showy,” said Ashley.

Not only Bollywood, but Ashley said that even took references from  Hollywood films and the Russian circus “Disha is a pleasure to work with, the only thing she ever said is that she knows she is in the hands of professionals who know their jobs and will make her look good.” Meanwhile, Disha on the song had said, “I remember breaking my knee while rehearsing. I was also practising gymnastics simultaneously. You must have seen the front flip and other stunts in the song. I was actually over training and broke my knee a week prior to the shoot,” she said. “I couldn’t walk and was literally on the bed before the shoot started. It was really hard for me. After every take, I had to use a cold press, which hurt a lot. But I am happy to see the result and feel that everything was worth it.”