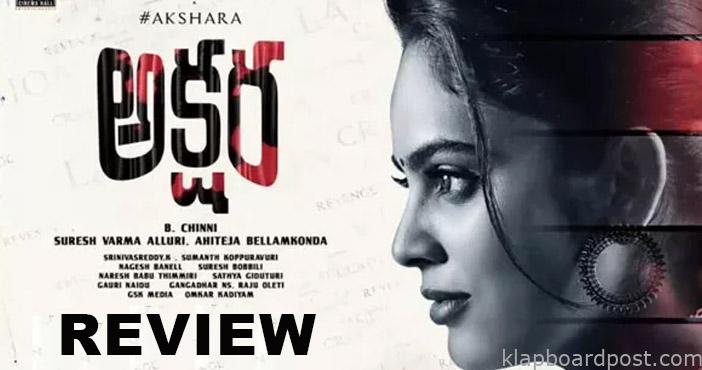 Akshara has been in the making for two years now. The film directed by Chinni Krishna saw a lot of trouble to finally see a release date. It is out now and read our review to know whether the film has any juice to savor it.
Plot
Sanjay Bhargav(Sanjay Swaroop) runs a group of educational institutions and his only motto in life is to get top ranks for his students. A lady teacher named Akshara joins the institution and a fellow teacher starts liking her. But when he is about to propose to her, Akshara shoots him. Why did she take such a daring step and is there a flashback to the whole story? This forms the basic storyline of Akshara.
Performances
Nanditha Swetha is a popular actress and is known for her solid acting. This film gives her a lot of scope to perform and she does reasonably well. Her look, body language, and dialogues are quite good. She has done so well in all the emotional scenes in the latter half.
But the surprise package of the film was Sanjay Swaroop who gets a solid role. He as the selfish tycoon is superb in his role and gives an idea that he can be cast for big roles as well. Harshvardhan is good with his emotional outbursts. Shakalaka Shankar and Madhu overact and play it to the galleries. 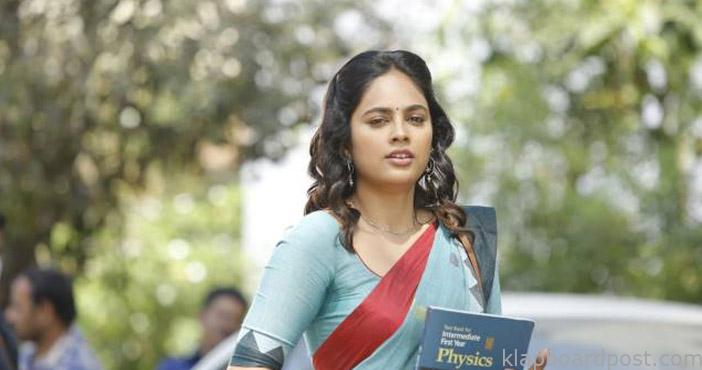 Analysis
The film has a very good theme of how education systems in the country are looting money and are also putting a lot of pressure on the students to do good. The storyline has a lot of meat and should have been addressed from the first half itself. But the director, Chinni Krishna falls for the commercial aspects and unleashes a routine story in the first half.
Three guys falling behind a teacher and evoking comedy, we have seen this in so many films to date. Also, the comedy that is shown is cheap and bores the audience. Only at the interval point, the story starts and from there, the film picks up nicely. The emotions, story, and narrations work perfectly during this time.

Also, the ending is quite impressive as well. But for the audience to enjoy this very good point they have to sit through a horrible first half. So, in a nutshell, Akshara is half baked drama that tastes good only if you dig deep into it.