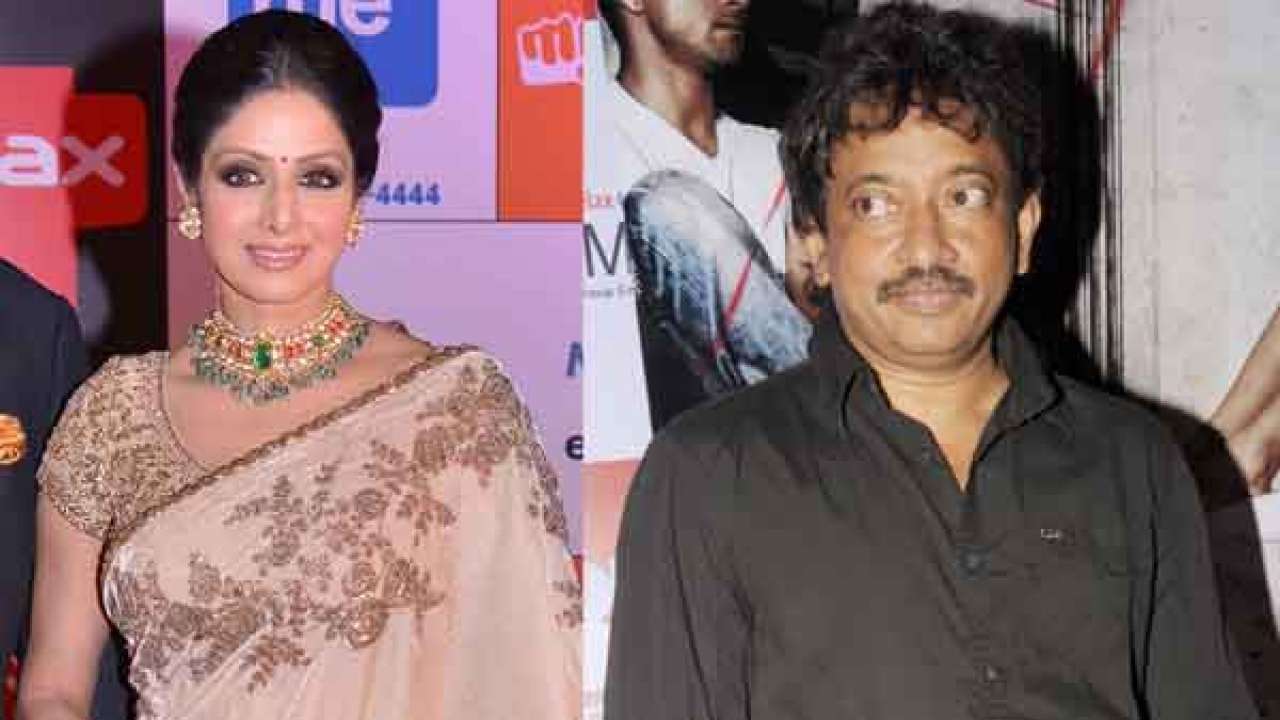 Controversy’s favourite child Ram Gopal Varma who is an ardent admirer of Sridevi wants to make a biopic on her. A budding Telugu lyricist Sirasri in an interview to a Telugu channel opened about this. He said that RGV has plans to make a biopic and will announce once the script falls into place. While, we have to wait for the official announcing from RGV.

RGV who was as shocked as us after learning Sridevi’s death, penned an open letter to her, which read, “I know her life from the time I met her. I saw with my own eyes how her life was like a bird in the sky till her father’s death and then became like a bird in a cage due to her overprotective mother. In those days actors used to be only paid in mostly black money and due to fear of tax raids her father used to trust friends and relatives and everyone of them betrayed her the moment her father died. Coupled with this the ignorant mother made many wrong investments in litigated properties and all those mistakes combined made her almost penny less by the time Boney came into her life.”.