Samantha and Naga Chaitanya are on detox spree and currently holidaying in Spain. The couple time and again keep posting their love-dovey pictures and now a similar picture is floating online., The viral picture shows Samantha planting a kiss on hubby Naga Chaitanya. Going by the ambience looks like the couple along with Akhil Akkineni are partying hard in a disco. The picture as shared by our diva Samantha on Instagram. 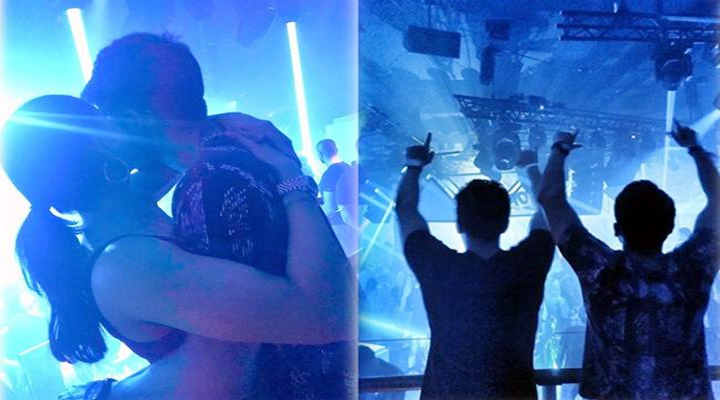 Recently, Chay who for the first time interacted with his fans on Twitter chat session #AskChay left tweeple in amusement with his quirky relies and also opening up on various facet in his life. The actor also opened about Samantha and how he is taking life after marriage. One of the user asked Chay what was the first thing that made him attracted towards Samantha. And Chay’s reply will leave you bowled over as he said, “Her personality”. When asked by another user to describe Samantha in one word, he said, “She is the superstar in my life.”

Also Read: Samantha-Chay’s Film To Begin On Their Marriage Day

Rajasekhar’s driving license to get cancelled