Home English Big Stories Talented hero turns lyricist!
Raj Tharun became a hero all of a sudden. His debut film hit the bull’s eye and Raj Tharun became the poster boy of Tollywood. He has given many hits and has a film with the title Kittu Unnadu Jagartha ready for release.

But the news which has caught the attention of everyone is the fact that Raj Tharun has turned lyricist for this film. Tharun has penned a song called Jhonny Jhonny yes pappa which was out today.

The quirky song is composed by Anu Rubens and has caught on quite well. 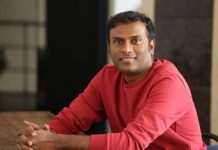 Where is Anup Rubens?