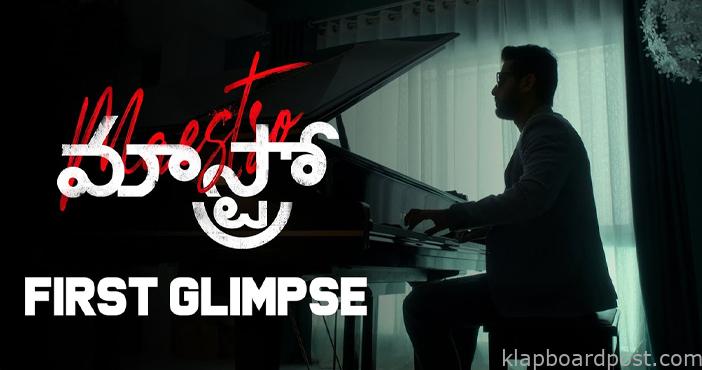 It is a known fact that Nithin is doing the remake of Andha Dhun and the film is also halfway through its shoot. The makers today, revealed a small glimpse of the film and Nithin’s look. Nithin is shown as this blind man who is playing the piano. Apart from that, his crazy eyes are shown as Nithin shoves himself into a bucket. This looks interesting and has raised the interest of the audience. Merlapaka Gandhi is directing this film which also has Tamannah and Nabha Natesh in lead roles. The film is being produced by Nithin himself and will be out soon. The shoot is being done at a brisk space as of now.
CLICK HERE!! For the aha Latest Updates

Pawan’s next from April 6th!