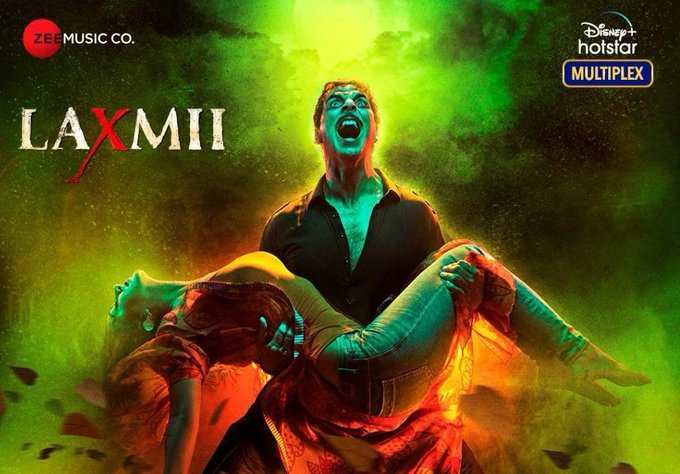 Due to the ongoing Coronavirus pandemic, most of the movies are releasing online directly. One such much-awaited movie which got finally released on the digital platforms is ‘Laxmii.’ Featuring Akshay Kumar in the lead role; the film touts to be a horror-comedy. Written and directed by Raghava Lawrence, the movie is marking his Hindi directorial debut. The movie is the official Hindi remake of the 2011 released Tamil film ‘Kanchana’ starring Raghava Lawrence. Kiara Advani played the female lead in this movie. The movie is currently streaming on the Disney+Hotstar platform.

Plot:
Aasif (Akshay Kumar) and Rashmi (Kiara Advani) get married against their parents’ consent. One day, Rashmi’s mother (Mirza) invites the couple home that they have forgiven them. But, so many strange things start to happen as the family gets reunited. The family thinks that a ghost haunts them. Aasif is a person who doesn’t believe in ghosts and godmen. In the process of fighting a superstition, he gets possessed by a spirit that needs revenge. The rest of the film’s plot is about Aasif helping the ghost take revenge.

Actors & Performances:
Bollywood versatile actor Akshay Kumar went under the skin of the character Aasif and delivered his best. His comic timing always evokes good laughs. Akshay Kumar has been doing a lot of serious and action films these days. It is good to see him playing this role in Laxmii. His entertaining performance is one of the major driving factors to catch the film. Kiara Advani looked absolutely stunning in the movie, and she is certainly a big strength for the film. Her chemistry with Akshay Kumar is too good. Akshay and Kiara earlier acted in Good Newwz, but they were not paired together. In this film, they played a couple. Ayesha Raza Mishra’s role is impressive. Tusshar Kapoor and Sharad Kelkar also did their best. Tarun Arora received a good response for his acting. The rest of the actors also made their presence felt. 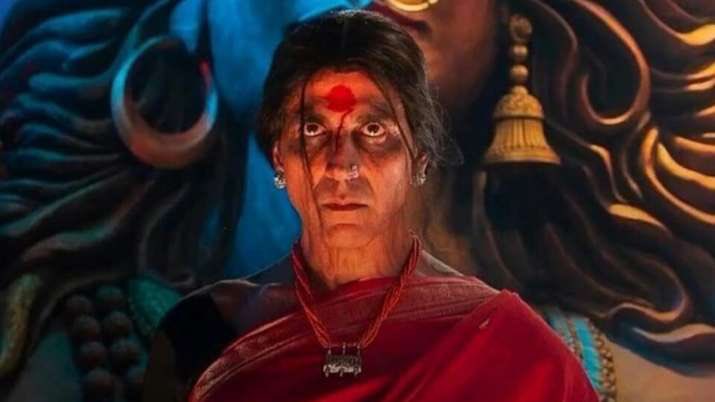 Raghava Lawrence scored a massive hit with the second film (Kanchana) in the Muni franchise. Lawrence created a new trend in the horror films genre down South, and he wanted to recreate the same in Bollywood. However, the director has disappointed the audiences with the improper execution of a super hit script.

The movie started on an interesting note. It is apparent at the beginning itself that a lot of changes were made to the Hindi version. Those who did not watch the original might find the film interesting in the first half, but the second half disappoints them heavily. Raghava Lawrence came up with a lot of changes to the original script. All the lead characters are showcased differently when compared to the original version. However, only the audience who has watched the Tamil/Telugu version will find the difference.

The first half of the movie creates confusion with too much revealing of the backstory. The film’s screenplay failed big time. There are so many illogical twists and turns in the film. The screenplay, song placements, abrupt story transitions, and slow-paced narration are the film’s major minus points.

Director Raghava Lawrence tried to address so many issues like dependency (on man), gender bias, sex trafficking, and violence against women in the film. The director made so many changes in the storyline compared to the original version but utterly failed to execute it properly. Most of the topics are dealt with in an unimpressive manner. The movie turned extremely boring and even frustrating in the second half. The production values of Fox Star Studios, Cape of Good Films, Shabinaa Entertainment, Tushar Entertainment House are too good. Background score by Amar Mohile is interesting and will engage the audience. DOP Vetri Palanisamy did an amazing job and delivered a quality output, in terms of the visuals. Editing by Rajesh G. Pandey is okay.

On the whole, the Kanchana remake ends up being a misfire in Bollywood.