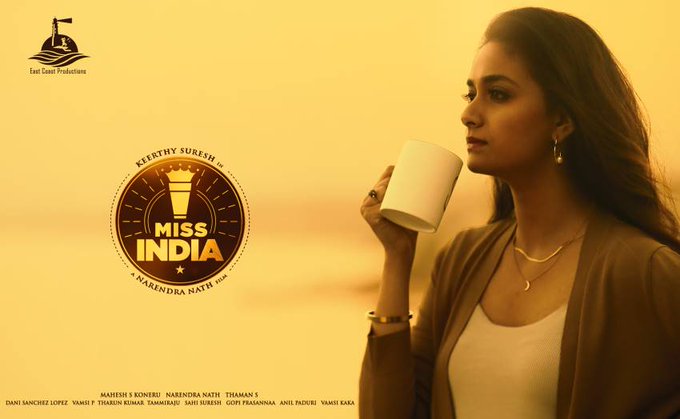 After the successful movie ‘Mahanati,’ Keerthy Suresh was flooded with many opportunities in Telugu and Tamil languages. The actress signed the film ‘Miss India’ under the direction of a newcomer Narendranath. The film is centered around Keerthy’s character in the movie, and this is her straight Telugu film after ‘Mahanati.’ The movie was supposed to have a release in theatres, but due to the Corona crisis, the makers sold the film to Netflix. The film is released today.

Plot:
Manasa Samyuktha (Keerthy Suresh) loves her grandfather (Rajendra Prasad) and always dreams about starting a business. After her grandfather’s death, she moves to the USA to complete her MBA. Samyuktha realizes that it is a coffee land, and she starts a Chai business to establish her own empire in the field. But can an ordinary Indian girl become a successful businesswoman in the USA? How she dodged the troubles created by her contenders, including Kailash (Jagapathi Babu), forms the rest of the story.

Actors & Performances:
Keerthy Suresh’s energetic performance throughout the film can be considered the only plus point in the film. The actress succeeded in gaining good marks with her role in the movie. Keerthy essayed the character of a girl born into a middle-class family with a lot of ambitions. She looked stylish and maintained a swag in her character. Jagapathi Babu played the role of a powerful businessman in the USA. His role looked regular and lacked uniqueness. He is the routine villain in a commercial film who lands up at a particular time to challenge the protagonist. Rajendra Prasad played Keerthy’s grandfather in the film, who is an ayurvedic doctor. Naveen Chandra played Keerthy’s boyfriend while Kamal Kamaraju played her brother. Naresh and Nadhiya played Keerthy’s parents. All these actors fit well in their roles and supported the lead actress. 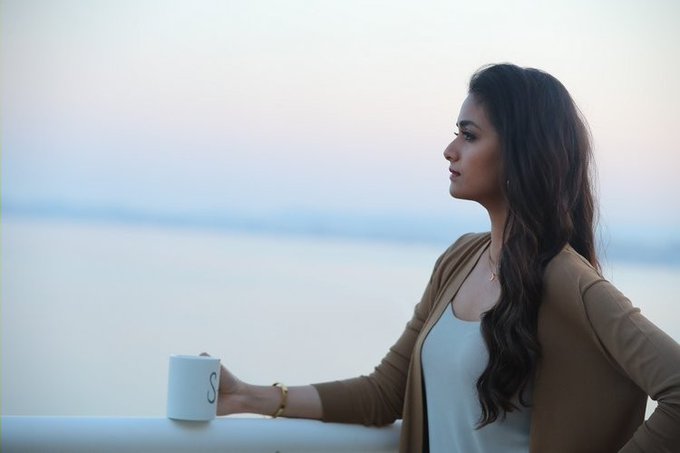 Analysis:
All the stories that can excite us on paper can’t get translated well on the screen. The latest film, ‘Miss India,’ is a perfect example of the same. ‘Miss India’ story evokes interest while reading it, but the way it was told on the screen is very flat, boring, and routine. Newcomer Narendranath penned a female-centric story in the format of a regular commercial flick. The slow-mo elevation shots for the protagonist, the protagonist, and the antagonist’s improper face-off, and some immature sequences altogether make the film an ordinary flick. After ‘Mahanati,’ we expect an extraordinary movie from the actress, but all we get is a not-so-great film.

Director Narendra Nath’s slow-paced narration became one of the major drawbacks of the film. Though the director has succeeded in interestingly starting the story, the pace gets slow after the first 10 minutes. Except for the last 20 minutes, there are no major twists and turns, making the film extremely bland. The melodramatic start that the film gets involves us in the movie, but the way the director drove the plot spoils the mood. A few unnecessary subplots also garnished the film’s main plot. The director could have brought the difference in execution had he not followed a mass-commercial film formula.

The production values are lavish. The film was shot in the USA, and the production design is excellent. Music by SS Thaman is good, and the BGM is worth appreciating. The colorful visuals by Dani Sanchez-Lopez and Sujith Vaassudev added a lot of glamour to the movie. The film’s duration is around 135 minutes, but it brings the feels of watching a very big film. The film unit could have chopped off some unwanted scenes that add nothing to the main story.

After ‘Penguin’, Keerthy Suresh scores her second flop in the digital space with this new movie ‘Miss India’.