Thi Friday, two Telugu films are competing with one another, first one is Priyadarshi’s Mallesham and the second one is Agent Sai Srinivasa Athreya. Both films are in contrast with one another. The latter is more of a detective one, Mallesham is a biopic about how one man how he invents Asu machine that processes yarn for sarees mechanically after seeing the woman in his life with pain.

Mallesham stars Priyadarshi, Ananya Nagalla and Jhansi in pivotal roles. We bring to you how the audience reacted on Twitter catching up with Mallesham.

#Mallesham in New Jersey…
Inspiring movie. Proud of the whole team's effort. This movie portrayed that one should never give up and continue working hard to achieve their dreams!
Good job guys 👏😊👏 pic.twitter.com/z8AbNz4O65

What an incredible n inspiring story it is. A story which should be heard ✌🙏 @priyadarshi_i anna may be your gut to accept this kind of story will remove your so-called comedian title and you will be remembered as an actor 👍 Kudos to team #Mallesham 🎉🎉🎉

#Mallesham is a a great story well woven,The story of an unforgettable Journey of a common man who made the lives of weavers easy. Honest movie with some terrific performances & great nativity. Specially @priyadarshi_i excels with all the supporting cast,Don’t miss @SureshProdns pic.twitter.com/bCM9uT7lXN

Darshiiiiiiiiiiiiiiiiii!!!!!!! 🤗♥️♥️♥️♥️🤗♥️ #Mallesham What A Film….left me with tears at times. Overwhelmed. Movie releases on June 21. Do watch it @priyadarshi_i

#Mallesham will hit screens in a few minutes. It's a film that must be encouraged. More than a film, it's a genuine take on aspirations and hardwork. It not only represents the livelihood of textile weavers, but also presents the innocence of culture & language. @priyadarshi_i

My review of #Mallesham: I liked how the director, Raj, transports us to a milieu we don't often see in Telugu cinema, to narrate a tale of tenacity & triumph. And, it's @priyadarshi_i's finest performance till date.https://t.co/2VOLl3VH6a pic.twitter.com/2M7ARtNzeN 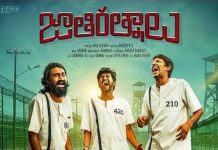 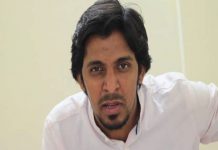 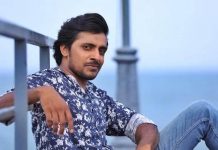 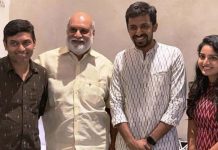 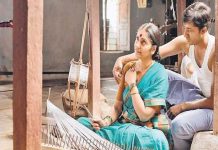 When these star heroes rejected Mallesham…