Young Tiger Jr NTR’s birthday falls on on Wednesday (May 20). Ahead of Tarak’s birthday, his fitness trainer Lloyd Stevens has planned special on his birthday. Taking to Twitter, he wrote, “So tomorrow being @tarak9999 ‘s Birthday, I have something special lined up for all his fans today… stay tuned and watch this space!! 😉@smkoneru”.  Possibly we can expect a clip of NTR preppring up for his role in RRR. 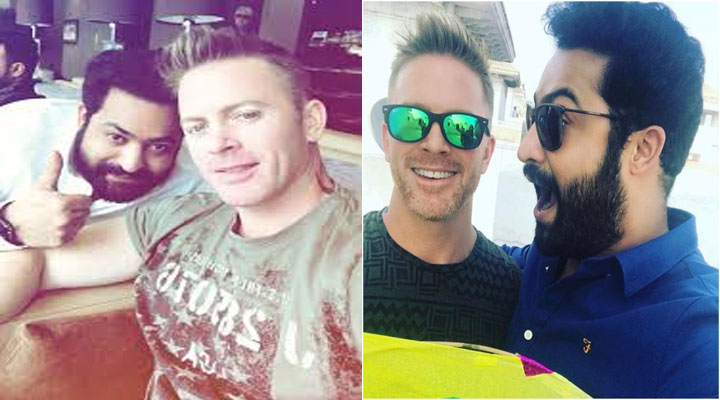 Meanwhile, the update from Lloyd Stevens certainly comes as a relief for NTR fans as they met with disappointment after RRR makers revealed that the first look wouldn’t be release as the makers couldn’t finish the product owing to lockdown restrictions. NTR also put forth the same thing to his fans. He penned a heartfelt not on Twitter urging them to wait for a better quality content.

Rajamouli’s period action, RRR (Roudram Ranam Rudhiram) is a fictitious story based on two legendary freedom fighters, Alluri Seetharamaraju and Komaram Bheem. Ram Charan is playing the younger version of the former, Junior NTR will be seen as Komaram Bheem. The film is scheduled for release on January 8, 2021.