The reality show Bigg Boss Telugu 2 is only few more weeks away to get wrapped up. And with few left contestants remains many are awaiting to see who would emerge as the winner.  Meanwhile, in September 14 episode, Geetha was seen discussing about the wrong portrayal of her with Samrat with Deepthi. She also later tried to speak on the same with Samrat, where the latter asked her to not t talk as the issue is now sorted out. However, irked Geetha assumes that it was because of Kaushal that her image has been tarnished and got degraded. Ironically, Kaushal was never to be blamed as he never discussed about Geetha and Samrat. It was Syamala and Deepthi who once spoke abut it with Geetha herself cautioning her, too. 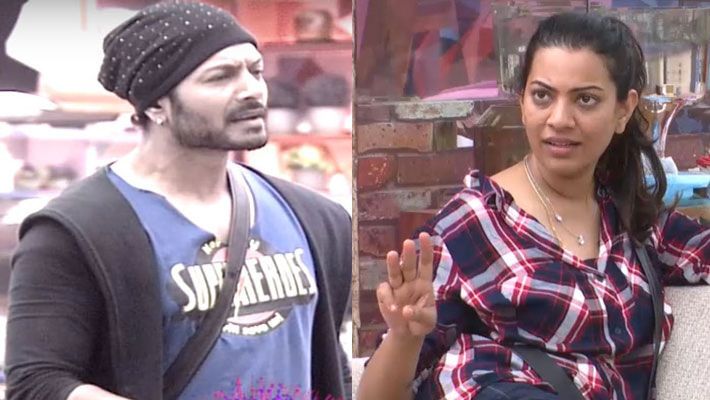 Now, the audience are fumed that Geetha is unnecessarily wrongly accusing Kaushal and making a scapegoat of him. Have a look at the tweets that condemn Geetha’s behavior:

Now Geetha has started blaming #Kaushal for audience thinking bad of her and Samrat. 🙏🙏🙏 First go and blame Maa Tv for using love songs in background for both of you in promos !!! #KaushalArmy #BiggBossTelugu2

😂 deepthi,geetha and Sammy discussion. This is one of the rare quality separates kaushal with others. Kaushal never do this kind of stuff, never gets carried away, no cold wars..damn fucking controlled aggression..hatsoff kaushal #BiggBossTelugu2

I feel pity about geetha.She likes samrat for whatever reason, this happens to anyone. She is so disturbed because of x many factors. Explanations , blaming , praising nandu..nah nah😏 she is into a shell #BiggBossTelugu2

Atleast she admitted being close to Samrat, Geetha is trying to cover it up with various other stories. Geetha thinks BB team has manipulated the footage or Audience thinking is wrong. #BiggBossTelugu2 #BiggBoss2Telugu