Telugu reality show Bigg Boss Telugu 2 is the toast of the season. The show hosted by Nani started on a slow pace but as time progressed it went on to make audience glue with its interesting twists. Thanks to Kaushal Manda, who is the favourite. Now, a funny spoof is doing the round on social media dubbed as “Dongal”. You guessed it right, it is inspired from Aamir Khan’s Dangal. The funny poster has Tanish leading his pack- Geetha, Samrat, Deepthi and Roll. As they all indulge in false tricks and constant dubious ways to cheat Kaushal, this poster seems apt. Have a look at the poster which is sure to make your day. 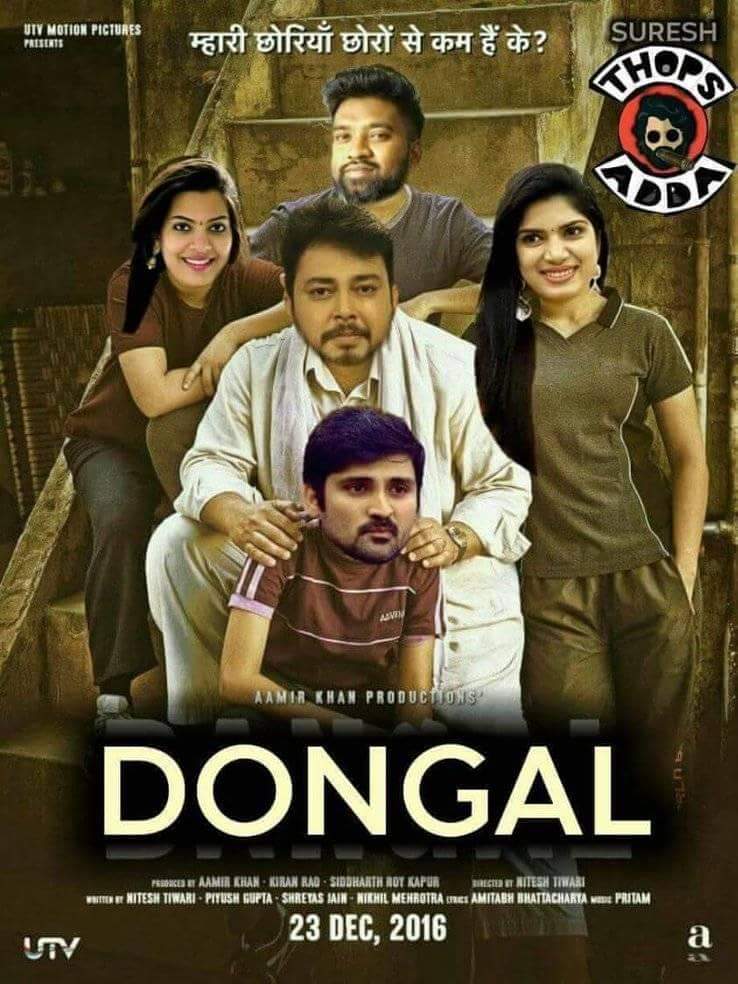 We need not reiterate that Kaushal has huge fandom and many viewers even went on to say that they watch the show and its also running because of him. Well, that’s the popularity Kaushal has earned which also reflects in his fan base through Kaushal Army.  Meanwhile, yesterday’s episode on September 19 witnessed Kaushal having heated moments with the housemates. Kaushal termed housemates as “dogs” as they keep barking at him when he tries to say something. However, despite the cuss word Kaushal fans lent support to him and stand with him as they empathise with him for being targetted constantly and cornering him.