The once upon a time happening heroine, Raasi and her husband Sri Muni have come forward with a film called Lanka which opened all over yesterday.

Synopsis:
The story is quite simple as Raasi is the one who believes in Telepathy. She uses this technique and comes to know that the girl who is shooting for a film in her house is in deep problem. She finds out that someone deadly is behind this and takes on his head on. Well, how does she do it is the crux of Lanka.
Performances:
Raasi is good here and there and tries to salvage the film to an extent. Her makeup is very loud as she looks out of shape. There is nothing much to talk about the other performances as well. Heroine Ina Saaha is just okay for her role. Comedian Satya is the only entertainment provider in this film.
Technical Overview and analysis :
Raasi’s husband, Sri Muni kills this film with his own hands. He does not have a proper flow of the film and tries to prove that he is a brilliant director by adding some stupid and idiotic twists. At least the first half was better but the second half can confuse to death. Not even one scene makes sense and the audience get confused to no extent. The background score, dialogues and over action of stars make this film a boring affair this weekend.
One Line Verdict:
Irritating & Confusing 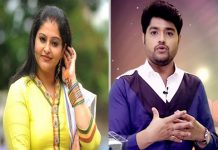 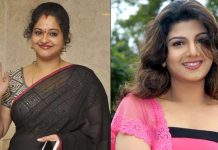 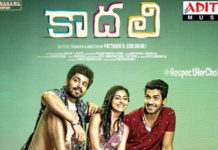