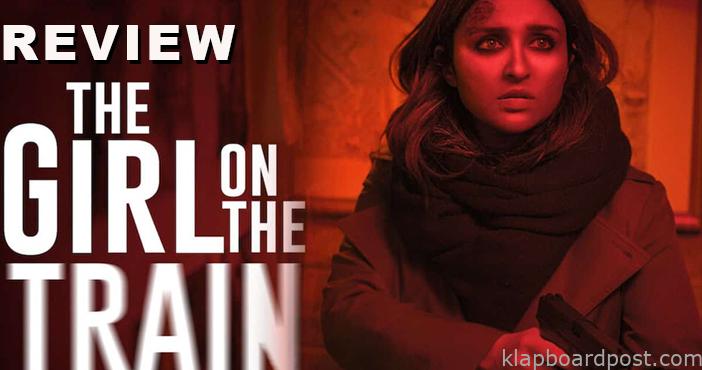 The Girl on the train featuring Parineethi Chopra has been in the news for quite some time. The Netflix original is out now and, read our review to know if it has any juice to savor it or not.

Plot
Meera(Parineethi Chopra) is a lawyer and has a troubled past with her husband. Because of an incident, she develops ante-retrogade amnesia where she cannot remembers happenings in recent times. At the same time, she finds solace in a girl named Nusrat(Adii Rao) whom she meets on a train. One fine day, Nusrat is killed and proofs come out that Meera is also involved. But Meera does not a bit of what happened. How will she face the cops and come out of this case is the story?

Performances
Parineethi Chopra is the only solace of the film and it is because of her the film makes some sense in the first place. From a girl with low confidence to the one who is drunk, Parineethi shows it all. She is superb in all the tense and emotional scenes. Avinash Tiwary as Pari’s husband is dull and has does not create any impact. Aditi Rao has an extended cameo and is shown sleep walking in her role. Kriti Kuhari who plays the cop is top-notch though and gives an edge to the thriller.
Analysis
The premise, setting up of characters is done right in the film. Things are set up and started so well that one would get a feel of watching a film that will have a lot of substance. But things change with the shoddy screenplay which moves back and forth making the film go haywire.
There are so many logics that is ignored making the film a drubber in many areas. The suspense and the big reveals at crucial points happen so nonchalantly that they fail to make an impact. After establishing the characters so well, the director loses grip on them and they become quite funny and have no idea what they are doing.
The thrills do not click and the narration is jaded. The camerawork and dialogues are good but the proceedings do not thrill you in the latter part. In a nutshell, The Girl on The Train is a film that has a good premise but is spoilt by some shoddy direction.
CLICK HERE!! For the aha Latest Updates