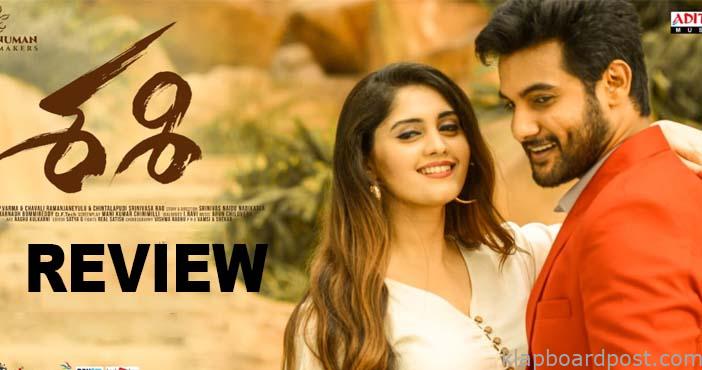 Sashi is a film that was a do-or-die situation for Aadi. The film is out now and, read our review to find out if the film has any juice in it or not.

The story is quite simple. Sashi played by Aadi is a careless youth who is not at all serious about his life. He spots Sashi(Surabhi) and runs after her. But sadly, she fails to recognize him and this upsets Raj in a big way. Who is Sashi and why did he fail to recognize Raj?. Is there a backstory to all of this is the basic essence of Sashi.

Aadi Sai Kumar is good in his role and does what is required for the most part. But he also overacts in so many scenes and that was not at all required at all. Surabhi is the best part of the film and does a very good role. She got a lot of scope to perform and did her best in all the emotional scenes. Ajay and other artists were also good in their roles.

The film is heavily inspired by the gritty nature of Arjun Reddy. Such is the scene in the film where the main lead, Aadi is doing his bit to get the feel of Vijay Devarakonda. The film takes forever to enter the main plot, and once it does in the interval part, things start looking good. But that is also made dull thanks to the boring execution and silly scenes in college.

The film which tries to be different is nothing but yet another collage romance with just a basic twist. Thanks to the songs, the film made some noise before the release. These songs look good on screen but the film isn’t.

The film looks rich and there is some chemistry between the lead pair. But the mundane scenes kill the interest of the audience. In a nutshell, Sashi is a film that has old school charm and also an old school narration which bores to no extent.