Last two days Bigg Boss Telugu 2 episodes were quite special as it had contestants families coming in the house. In the September 13 episode, actor Nandu came in to giving a surprise to Geetha. The young couple had their own lovely moments and Nanud has set the house on fire with hie energy and showing great camaraderie with other housemates, too.  Well, the Geetha and Nadhu’s episode was loved by their fans, a section of others audience dubbed it as overacting and getting overboard of emotions stating it as fake. 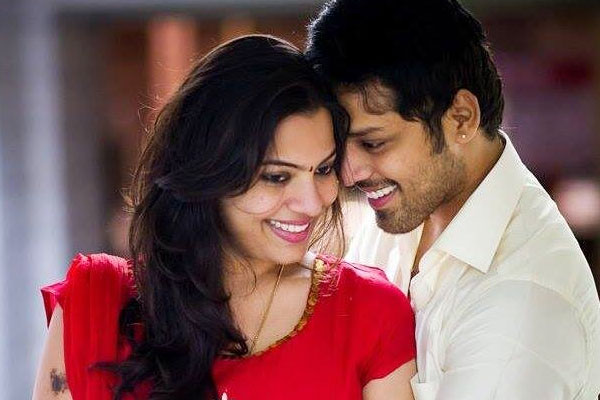 Have a look at audience tweets which loves the couple and vice-e-versa:

Some cosmic power could've added for this couple #GeethaNandu ! Their energy is a proof of concept for concrete unconditional love. #biggbosstelugu2

omg how cute u both are #GeethaNandu @ActorNandu @geethasinger
and nandu i jst liked the way how u interacted with all housemates.u both r jst so adorable #BiggBossTelugu2

Why giving so much screen space for nandu and geetha why not for other housmates? @StarMaa biased much ?#KaushalArmy#BiggBossTelugu2

Geetha & Nandu Episode was disgusting & horrible, First time could not watch #BigBossTelugu2 with my parents. #KaushalArmy

How on earth @geethasinger is inspiration to girls ?
When all she does is bitching about #kaushal 24×7
Play with her Tommy.
Find her husband in every other person
Make fun of audience by passing sarcastic comments.#BiggBossTelugu2#KaushalArmy#KaushalArmy2kWalkInVizag

Meanwhile, the Bigg Boss Telugu 2 September 12 episode aired ahead of Vinaya Chaviti which had Kaushal Manda‘s family paying visit evoked massive response which was no less than star celebrity fandom. The promo aired by the show makers is one of the trending video on YouTube.  So far, the promo aired on September 11 has garnered over 1 million views is trending on top 4 position.

In this week’s nominations Deepthi, Geetha, Roll, Amit and Kaushal are there. Stay tuned for more updates.