Rakul Preet Singh’s first look as late Sridevi has sent netizens go gaga. The first look posters have raised expectations to see how Rakul will reprise Sridevi’s role. But do you know how much Rakul is getting paid for her role? This will leave you shocked as the Dhruva actress is charging Rs 1 crore for a 20-minute role. Well, that’s a whopping sum, isn’t it folks? 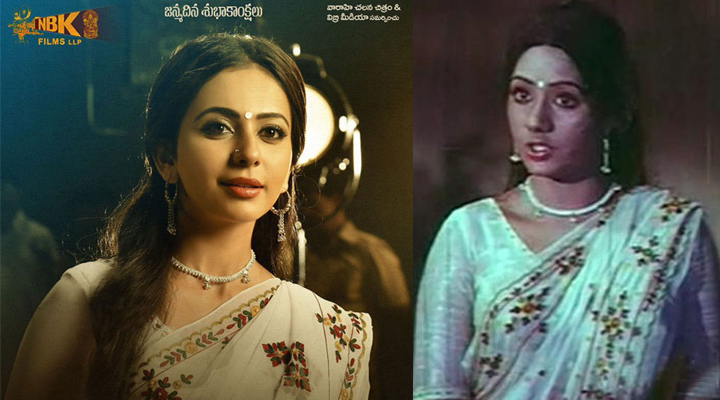 “A famous song from NTR’s film Vetagadu will be picturised on Rakul and Balakrishna. They’re also planning to shoot a few more songs from popular films like Bobbili Puli. Rakul may appear in part two of the biopic. The makers want a big actress to play Sridevi, and they’re willing to pay for it,” said a source.