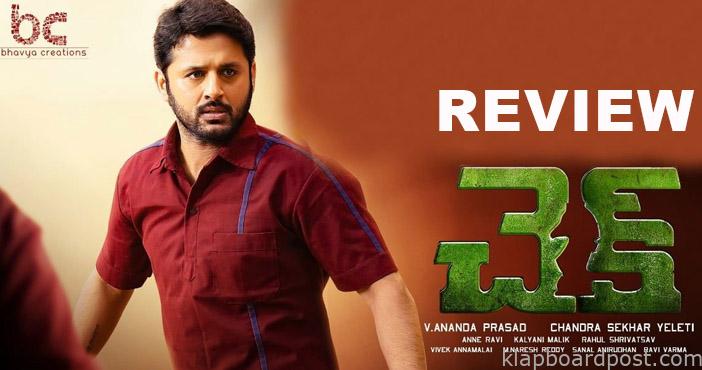 Check is a film that Nithin has been waiting for a long time as he has changed his image and is ready for a makeover. Read our review to find out whether the film has any juice in it or not.

Aditya(Nithin) along with five others are sentenced to death in the Hyderabad bomb blasts which kills 40 people. Aditya tries to fight for his case through Rakul who plays the lawyer but fails time and again. Then, an inmate played by Sai Chand teaches him Chess and also gives him an idea as to how to use it for his freedom. So how does Chess help Nithin to get out from jail is the whole story.

Nithin is quite good in the film but he looks a bit lost in the most important intense scenes. He comes through good only by the end of the film and does a good job through his role of an inmate. Rakul Preet is neat as the lawyer but she does not get much screen presence as Nithin dominates the show. Priya Varrier is lovely and also dances well. She makes a good debut. Murali Sharma is routine and so was Samapath as a cop. But the best part in the film was done by Sai Chand who was very good. 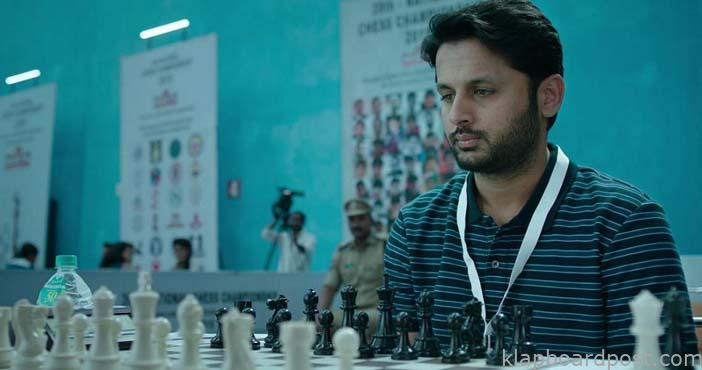 Chess is a sports drama with a jail setup. The hero is introduced quite well and the manner in which he tries to fight for himself to get free also looks good. But Yeleti, who is known for the drama he creates fails here with Check. His narration is insipid and there are many loopholes in the movie.

The first half is decent and has characters entering on a good note. The camera work and BGM keeps things afloat by the breakpoint. But once the game of chess starts, it becomes a big chaos. Why is an inmate allowed to play chess at such a high level, all this is showcased in a dull note and has no effect at all.

Upon this, the logic that is shown in the climax is outright silly and has no meat in it at all. It is quite weird to understand the way Yeleti ends the film. What could have been a gripping jail drama, ends as a boring and dull drubber for the audience. In a nutshell, Check fails to impress the audience and disappoints fans of Nithin and Yeleti.