Veteran actor Girish Karnad, who was also seen in Salman Khan starre Tiger Zinda Hai, passed away today, June 10, in the early hours at a private hospital in Bengaluru. The actor aged 81 at the time of his death was said to be suffering from prolonged illness. Karnad donned many hats other than an actor,m he was an award-winning playwright and director too. 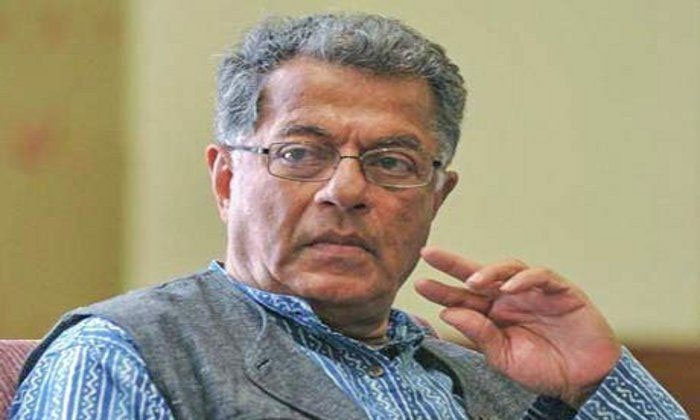 Karnad was a known personality among theatre circles in Bengaluru. Born on May 19, 1938, in Mumbai, he was a  Rhodes Scholar at the University of Oxford. His first play was Yayati, a critically acclaimed one. Other prominent plays are “Tughlaq” (1964), “Hayavadana” (1972). He took a plunge into the world of cinema though Kannada movie “Samskara” in 1970, as an actor and screenwriter. The death ofKarnad has come as a shock to many and many took to social media to express condolences to his family.

He was a giant. Unparalleled loss to Indian literature, theater and movies fraternity. Yes, he was ideologically left of center, but respected by everyone. He proudly defended what he believed in with utmost integrity and impeccable honesty. Only one of his kind. #GirishKarnad https://t.co/XJEo2yuPVi

Very saddened to hear the demise of Jnanpith awardee Sri #GirishKarnad ji
His contribution to literature & films will be cherished forever.
My condolences to his near & dear once. Om Shanti 🙏 pic.twitter.com/FHaZOBTYHx

In college during early 80s, I first discovered #GirishKarnad the playwright, and then the arthouse cinema actor. Along with Ghatak, Benegal, Nihalani, Saeed Mirza & Vijay Tendulkar, he was an early, formative influence.

My heartfelt condolences @rkarnad
May he rest in peace. https://t.co/txrSE5ZHPd

Saddened by the passing away of poet, a great scholar & Jnanpith awardee #GirishKarnad at the age of 81 after a prolonged illness in Bengaluru. He was a great playwright & actor as well.May his soul rest in peace & my deepest condolences to his family members. He will be missed. pic.twitter.com/2SHtYjCdsB

India has lost One of its Most liberal and Sane Voices, Beside One of the Finest Artist & a Literary Giant.

We will echo your thoughts & take your message forward #GirishKarnad Sir

Saddened to hear of the passing of Girish Karnad – a great writer and a very important public voice. Thoughts are with @rkarnad and his family. https://t.co/V5xugupeNl