Home English Big Stories Review: Raja Meeru Keka
Facebook
Twitter
WhatsApp
Google+
Pinterest
Anchor Laasya has been in the news for more than one reason these days. She has brought her new film Raja Meeru Keka which is out now. Read on to see what it has in store for us.
Synopsis:
The story of the film is based on the lives of four friends who are happily settled in their respective jobs. But their friendship gets a jolt as a man who owns a software company creates so many problems. Who is that man and what kind of problems does he pose for all the friends is the story all about.
Performances:-
Laasya has decent screen presence and also does well in her acting performance. Looks wise also she is good and blends nicely in the setup. Noel Saun is the only other artist who fits the bill. His acting is high spirited and if given good chances he can go a long way in the future. Tarakaratna is very nice in his negative role. Rest of the cast has nothing to talk about.
Technical overview and analysis:-
The director has written his script well but it is his narration that kills you in the film. Whatever the group goes through has been shown in a very shoddy manner. The second half of the film is so boring that you feel like running away from the screens. Poor Tarakaratna is left helpless as his role looks foolish after a point. Both the halves have nothing much entertaining and you too please stay away from this film.
One Line Verdict:-
Dangerously boring 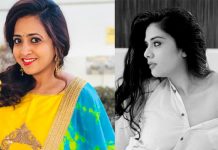 Here’s How Sonam Will Celebrate Her First Birthday After Wedding