Vijay Devarakonda’s brother Anand Devarakonda made his debut with the film Dorasani but failed to score a hit. Anand teamed up with a new director Vinod Anantoju again for a new movie Middle Class Melodies. Varsha Bollamma played the leading lady in the film. The film skipped a theatrical release and is now available on Amazon Prime Video.

Plot:
Raghava (Anand Deverakonda) is always proud that he makes the best ‘Bombay Chutney’. He wants to open a hotel of his own in Guntur city and gain a reputation. However, the road to start a new hotel is not as easy as he thinks. The rest of the film is all about how Raghava opened a hotel in Guntur by dodging all the hurdles. 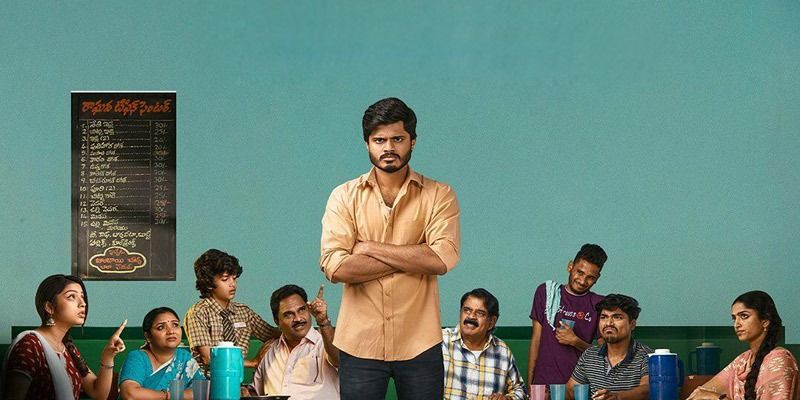 Actors & Performances:
Performance-wise, Anand Deverakonda has improved a lot. Anand scored pass marks for his debut film Dorasarni but he is much better in Middle Class Melodies. His dialogue delivery reminds us of Vijay Devarakonda in some scenes but he did a decent job in this movie. In some scenes, his acting is very flat and he should focus on adding his own style in enacting certain scenes. Varsha Bollamma is impressive. She does not have a big role in the film but made her presence felt. Her screen presence is good and every scene featuring her came out well. Apart from the lead pair, there are a lot of supporting cast who did an amazing job. Goparaju Ramana who played Anand’s father in the film is the major highlight of the movie. He added a lot of freshness to the movie. Like Kedaar Shankar in Pelli Choopulu, Goparaju Ramana also stood out as the best performer. Surabhi Prabhavathi as Anand’s mother is good too. Both Goparaju Ramana and Surabhi supported Anand’s character well. Chaitanya Garikapati who played Anand’s friend in the movie is also good. The rest of the cast is new but acted well.

Analysis:
Small towns always have great stories to tell. Especially, the movies like C/O Kancharapalem, Agent Sai Srinivasa Atreya, Uma Maheshwara Ugra Roopasya, and many others have proved the same. Now, Middle Class Melodies also comes up with a story from a small town.

Middle Class Melodies is the story of the struggle between aspirations and reality. People often exaggerate the lives of middle-class families but director Vinod Ananotju did not go any overboard in bringing the same to the screen. Without unnecessarily adding any melodrama, the writer Janardhan and director Vinod kept things simple. The film offers a story that is relatable to the majority of middle-class families. The youth, in particular, will also find themselves in Anand’s character.

Middle Class Melodies looks fresh from the very first scene of the movie. The every-day-struggles that a middle-class family faces and the solutions they cook up look interesting on the screen. There is clever writing in the majority of the scenes. Without getting overboard, the writer-director duo has presented some emotions in the most beautiful manner. However, the problem lies in the conflicts and sub-plots of the film.

Anand thinks he does the best Bombay Chutney and starts his hotel in Guntur. The customers never turned up at his hotel but all of a sudden, he changes the recipe of his chutney, and the hotel start flooding with people. The director elaborated on the failure of Anand in making his hotel work but the transition to success happens in the blink of an eye. There are many loose ends in the screenplay. The conflict in the Anand-Varsha love story is also weak.

Along with presenting the story of Anand, the director also explored the lives of other characters. For instance, the stories of villagers, and Anand’s friend’s love track are unnecessary. They deviate us from the actual story for which the stage is set right.

The camera work in the movie is excellent. There are few jerks in scene transitions. The music and background score is pleasant. The major plus points of the movie are the performances from the supporting cast, humor, and the conversations.

On the whole, Middle Class Melodies is a refreshing tale from a small town that excites us in the beginning but leaves us looking for more in the end. 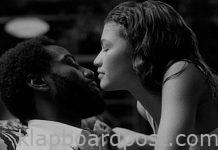